Bachelor party in an escape room - is it possible? 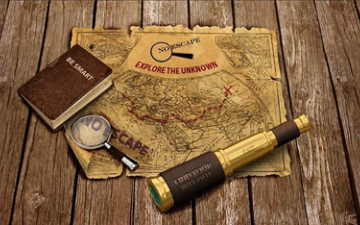 The escapade room, or the riddle room, is a physical game. In real-time, a team of people is locked in a room and has a set period to resolve a series of "riddles" by which to find a way out of the trap. Usually, the participants are from two to five, and the time they have is 1 hour. The "puzzles" can be mathematical, logical, linguistic, also related to observational, prudent, combinative, orienting, sense of time and team spirit.

No special knowledge or physical force is required in this game

These types of games are inspired by the escape-room electronic. In them, the player is locked in a room and needs to explore the environment around him to find a way to escape.

The inspiration for the gamesis:

The rooms of the mysteries are characterized by heterogeneous plots and can recreate different historical eras and settings. Some are research-oriented, others are like a time machine, they bring you back centuries to the past, or they carry you back to the future.

There are such gaming rooms in many Bulgarian cities, and they are also located somewhere inmalls. Recently, it is even fashionable for them to arrange memorable birthdays, teambuildings and various parties. Some people even choose to make a non-standard marriage proposal in an escapade room.

For fun, they even sell vouchers on offer sites and more and more companies are choosing to spend time together this way, instead of going out for coffee, a drink, a movie, or a walk every day. Certainly 1 hour spent in such a room, developing thinking and teamwork, will be much more useful and interesting than the usual talking and social networking.

It is well-known that it is compulsory to organize a maiden and bachelor party for the future spouses before the wedding.  With the tasks around them, it is usually the “back” of both friends. However, in the real life, the Ergenic bindings do not turn out to be the same as movies. No future wife will be pleased with her husband having fun with naked dancing girls. Therefore, the focus may be reversed and the boys' party will take place in a completely different way.

If the man is a fan of board games, it would be nice to surprise him that his bachelor party is in an escaped room

Which, of course, should be remembered for memorable themed games. The team of professionals involved in the various parties can also help here.

Most of these rooms are equipped for larger groups of people and can accommodate about 15 people. There are some that offer various video games and drinks. So, if the groom is a crazy fan of video entertainment, you can enjoy it with just that. What could be better than a few friends playing in a playground and drinking beer, for example? 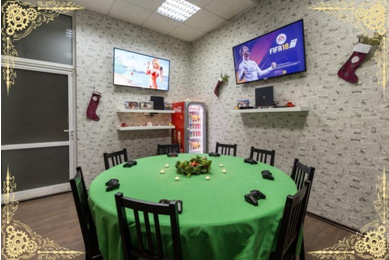 The future bridegroomwill plunge into another reality, far from thinking about the upcoming wedding day. If he has not been in such a mysterious room by now, you will surely surprise him. It will also bring him many positive emotions, laughter, fun and will surely leave a lasting memory for life. There you will be able to play video games for a while and remember your childhood.

If the groom and his friends want to have a good drink, there are numerous  appropriate games of alcohol . An alcohol roulette can be played in the escapade room, after which no one will go sober. 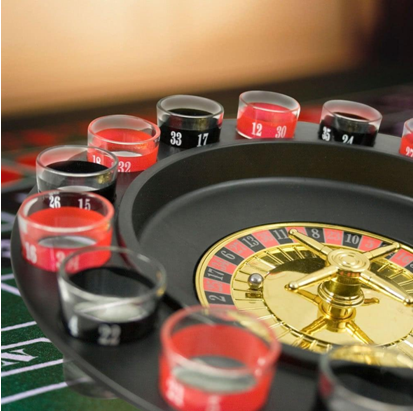 The game is an interpretation of roulette gambling. This one, however, includes 16 shots of alcohol marked with numbers, two balls and roulette. The rules are easy - half the cups are filled with tequila and the rest with soda water. The first player is selected on a random basis.

The roulette spins and the player throws the ball. When it stops at a certain number, the player finds the cup of the same number and drinks what is in it. The prana cup is refilled and is the next player's turn. This game will break the atmosphere and lift the mood of the evening.

Similar to this game is the version of "Don't Angry Man", also with shots. In it, the alcohol should be 4 different colors and instead of pawns, it should be played with the cups. When a player lands in an already occupied position from an opponent's shot, the opponent's shot is considered a "bit" and it must be tested by its holder. Every shot that enters the cottage in the final position must also be tested. The player who first puts all four cups in the house wins the game and the other players take shots that have not reached the final.

Indoors in a party room, the boys can also play alcoholic sea chess

It is also played with shot cups marked with an "X" and an "O". The alcohol in them may be preferred, but they usually pour tequila, vodka, or rum. The rules are just like the traditional game, but here the loser has to drink the contents of his opponent's cups.

Alcohol lovers and gamblers can have fun with Alcohol Lottery again with shots. It mimics the rules of the game of toto - the balls are mixed in a sphere and the chute falls arbitrarily. The color of the ball is determined by the winning player and the grand prize is an alcohol shot.

The boys can still play poker, darts, cards, or choose from hundreds of alcoholic board games. In addition to them, the organizers may also consider party accessories related to the latest binge drinking. Hats, T-shirts, glasses, themed gifts will long remind the future groom of the special party with loyal friends. There are even ice rinks available on the Internet.

So, if you want to get away from standard bachelorette parties with strippers, bars, and groom's future problems, you can choose the espresso room and have fun with the men as you know it. Your party will surely be different and original. However, you have probably traveled hundreds of bars together so far, and you may be given the opportunity again.