Do you remember the computer games in which you are locked in a room and you can get out only after solving various mysteries and finding certain objects and clues? Now imagine that this thing is happening to you in real life – a real unknown room, real mysteries and items, a real mystery. And next to you, you have a friend, a relative or a colleague with whom you decided to have fun in this unconventional way. Yes, this experience is quite possible, thanks to the escape games, which are becoming more and more popular all over the world each year. We will now tell you more about this intriguing attraction. 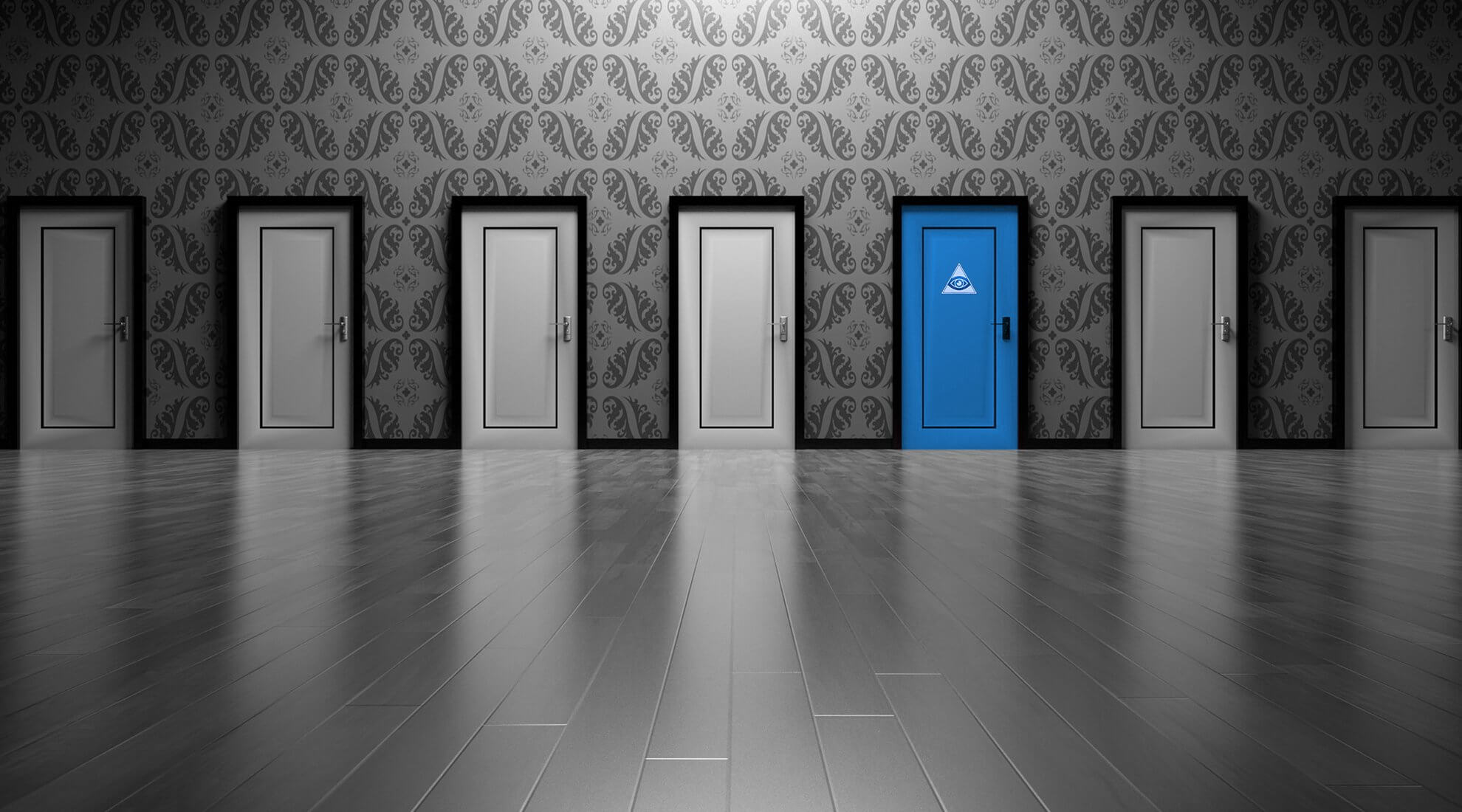 What are escape games?

As we have already mentioned, they are based on their computer “brethren” like “find the exit from the room/labyrinth/castle”, etc. Even though the diversity is growing with the extension of the industry, the basic rules are always alike. Two or more players enter the room, lock it up and the game starts.

Adventurers, dared to experience the power of their logical thought, face a series of riddles they have to solve. They can be of a different kind – mathematical, linguistic, logical...

In some, participants must demonstrate qualities such as observability, wits, team spirit, and so on. Each subsequent mystery leads step by step to the unravelling of the mystery of the room, which is the main goal of the game. Once you reveal the secret and get out of the room in time, you have won. Of course, even if that does not happen, there is no reason to sob – the important is the fun and pleasant “turn-key” experience with a close person. And for the more ambitious who want to unravel the big secret, there is always the chance to try again (which is often the case).

According to a survey among the creators of similar rooms in Bulgaria, the success rate is about 50 percent. Participating in the Bulgarian escape games can be very pleased with this because, for example, in the United States, the rate of adventure to a successful end is twice as low. 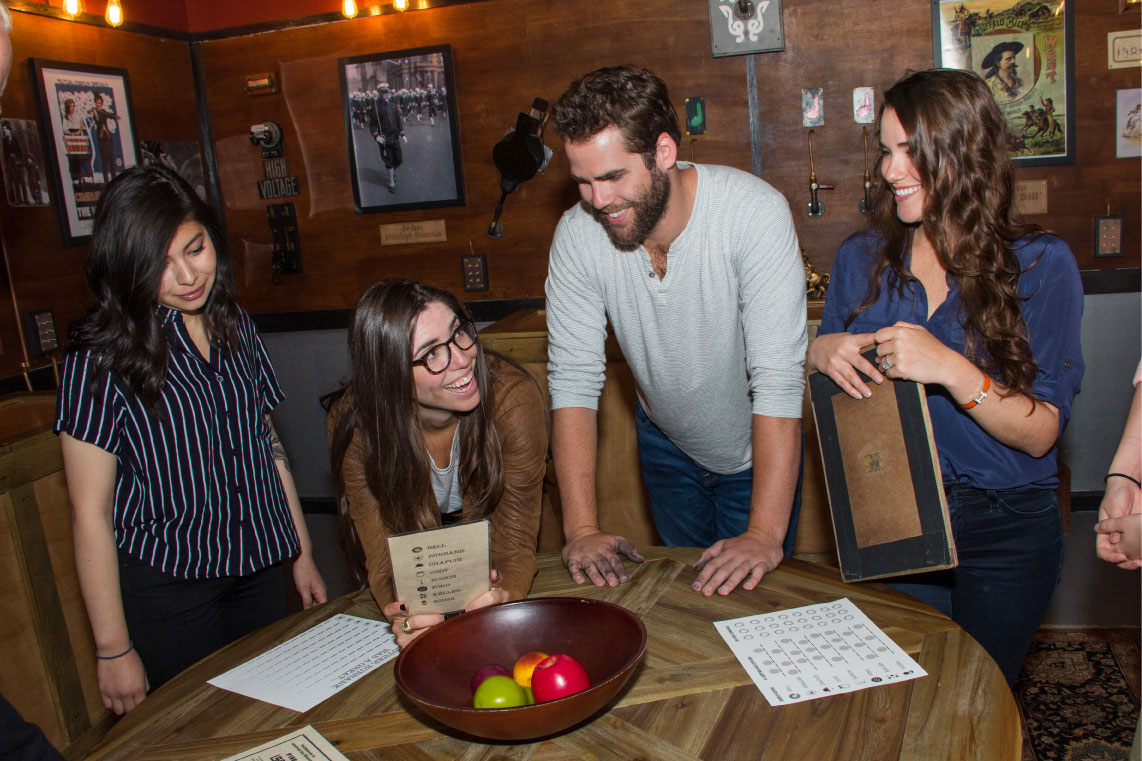 Who are the escape games for?

Escape games do not require a very deep general knowledge, or any unmatched analytical or physical skills. Still, the idea is to have fun, not to bring yourself a headache. The Adventure for example, is great if you decide to have a nice meeting with friends. Instead of going to a movie to watch a strange story, you can make one – sounds tempting, is not it??

Why not try this innovative and truly curious way for a family relax then? Be sure that your loved one will be pleasantly surprised by the fun you have prepared for them. The same applies to children where the adventurous spirit is usually at a very high level, and you will probably want to take them back again in such places.

Escape games are definitely an excellent opportunity for a time well-spent with friends and bringing families closer. They are ideal for teambuilding, as even huge companies like Google, Facebook and Twitter regularly take advantage of them. The core of the game is teamwork, which leads to the emergence of a number of employees' qualities – who can be a leader, who cannot work with others, who is the most creative, organized, and so on. In other words, it is interesting for both the management of the company, and the employees themselves.

Fans of computer and board games should also experience the pleasure of the experience. When a person is sitting comfortably in front of the computer or the couch, they can be really good at logical thinking and speed decisions. But will that be the case when this same person is locked in a real room and everything is real? Definitely worth checking out! Last but not least, escape games all over the world are suitable for tourists, so add another unforgettable memory to your vacation. 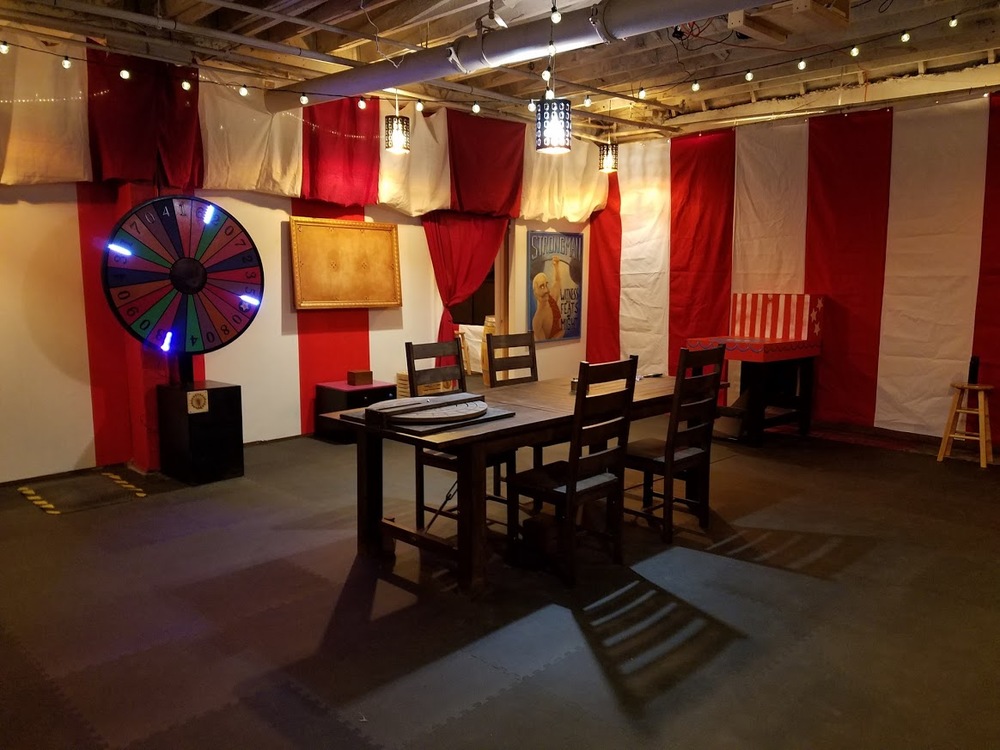 What are the most common features of plots?

They are very varied, but the basic idea is generally the same – you have to deal with the small obstacles one by one to solve the big puzzle so you can get out of the room. Some stories resemble those of popular computer games such as finding a way out of the maze. Others draw their inspiration from movies, or bet on less common stories. Such may be escape from prison, from a space station, from a cursed settlement, and the like. If the game is more complex, then there may be sub-plots. Origin is considered the first ever escape game made in real life. It was set up in 2006 in the United States, with the mysteries of it being inspired by Agatha Christie's criminal novels. It is the unravelling of such puzzles that is one of the most common stories. For example, you can fall into the lair of an evil hacker where you need to find out what plans to prevent their destructive intentions. Or go back in time and become part of a detective adventure inspired by the stories of Sherlock Holmes and Hercules Poirot. There are also popular storylines where the mystery of a real existing place known for its mysteries, like Ancient Egypt, must be revealed . There are also variants where you have to try to solve a series of puzzles and similar difficulties until you reach victory. With the growth of this business, the creators are trying to devise more and more diverse stories, of which everyone is sure to win – both the organizers and the participants. 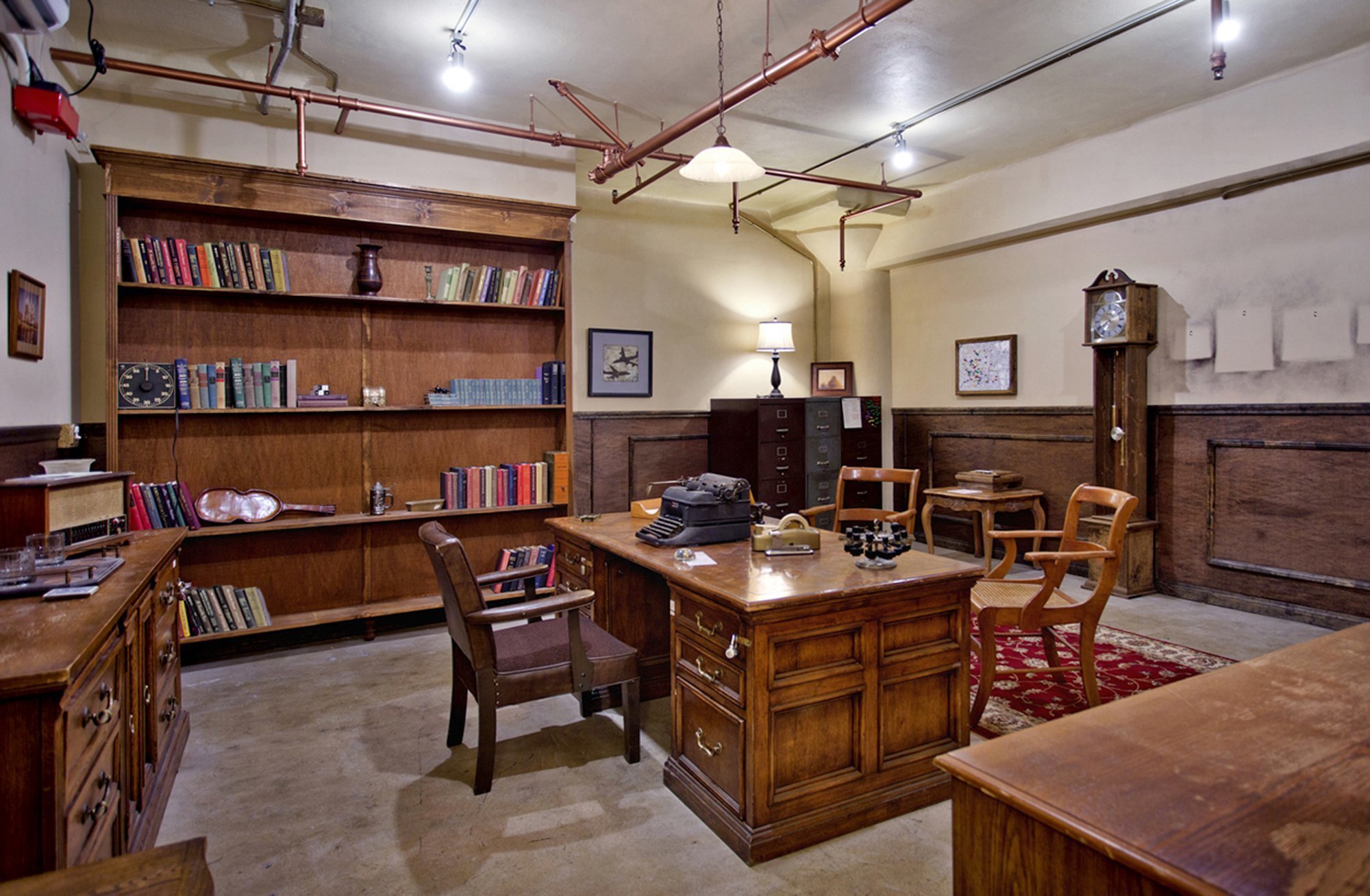 What is needed to participate, and what is their duration?

There are no specific requirements to participate in an escape game. For starters, you must save at least an hour. Keep in mind that some rooms are booked for weeks ahead so you don’t leave booking for last minute. Once you have the day and time to go, all you have to do is organize with relatives, friends or colleagues. It's a good idea to show up for the adventure a little earlier to get some useful instructions before the start. If you have not forgotten to take with you the fantasy, the logical thinking and the good mood, there is nothing left to stop you from entering the room and dive into the adventure.

Surely, you should not feel like you are at an exam, but relax and enjoy the moment. If you encounter major difficulties, you can always get a little hint from the administrators. If you want to leave the room before the end for some reason – no one will stop you. Although the experience is usually interesting enough not to feel the time passes.

It is precisely the duration that is one of the reasons why escape games are suitable for a very wide range of people. It's usually an hour that makes it comfortable to visit at any time – during the week after work or, with a good organization, even in a longer lunch break.

Going during weekend will allow you to have enough free time to engage in other enjoyable activities on weekends. Often the organizers allow for a little more than an hour for adventurers if they are really close to winning the game. So, the game does not have to end in the second after 60 minutes pass. 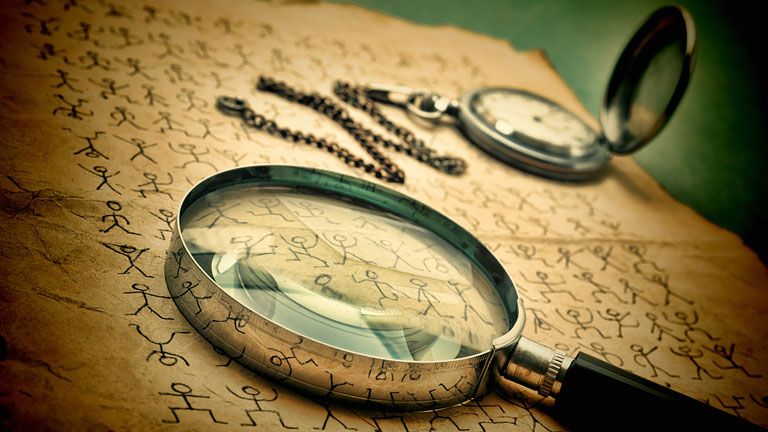 Surely some people probably would not like the idea of playing anything while they are locked in an unknown room. The truth, however, is that you do not have to worry. Everything is done so you can easily get out at any time without having to wait for someone to unlock the door for you.

After all, safety comes first, and no one wants you to be trapped if unexpected trouble happens, like a fire in the building, for example. Speaking of being locked in a relatively small space, people with claustrophobia also have nothing to worry about. The reason is simple – the enthusiasm of the escape games. Solving mysteries and gradually moving closer to unravelling the mystery makes people forget about their problem. A huge number of them said they had never thought they were locked in an unknown place during the fun experience. This is also contributed by the fact that during this hour they are surrounded by loved ones and not by strangers.

There is one more reason not to worry – the permanent video control. So, if something unusual happens accidentally (although mysteries are not dangerous in any way and there is nothing scary in the rooms), there is someone to see this and intervene in a timely manner. Of course, following certain basic rules is also important for safety. For example, do not try to open the key box by hitting it in the wall or floor. Shortly, the organizers have thought enough about safety, so there's nothing to worry about. You can take the children with you and to include them in the adventure without any worry.

Escape games are unique due to the fact that they transfer extremely successful what's happening on the computer in real life. Accordingly, the fun and satisfaction of the game is much higher. Thanks to them, it is so easy for you and your loved ones to experience a real thrill of adventure in everyday life ... What are you waiting for?