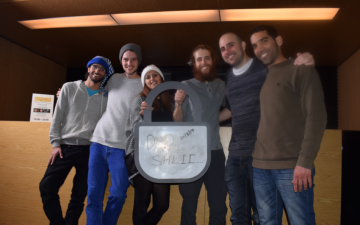 In case you have heard (there is no way you haven`t) but you haven`t yet experienced the escape rooms that have become so popular, we have to tell you – you`ve missed a lot.

Escape games are not only extremely fun, interesting and filled with tension up to the very last minute, but are also great for a Sunday family entertainment, for fun with friends or for bringing the team together (team building).

What are the escape rooms?

Real life escape rooms is the name of rooms especially equipped to entertain and solve mysteries. In these rooms can be recreated different scenarios of books, adventure movies, popular video games, role-playing games, and also can be developed special 3D scenarios.

Еscape rooms are places where the participants are taken into another world, far away from the everyday life and its problems. Every room is designed in a different way depending on the theme of the relevant game. Some of the escape games  consist in hunting treasures; others require you to solve crimes, third want you to overcome obstacles … the options are numerous. 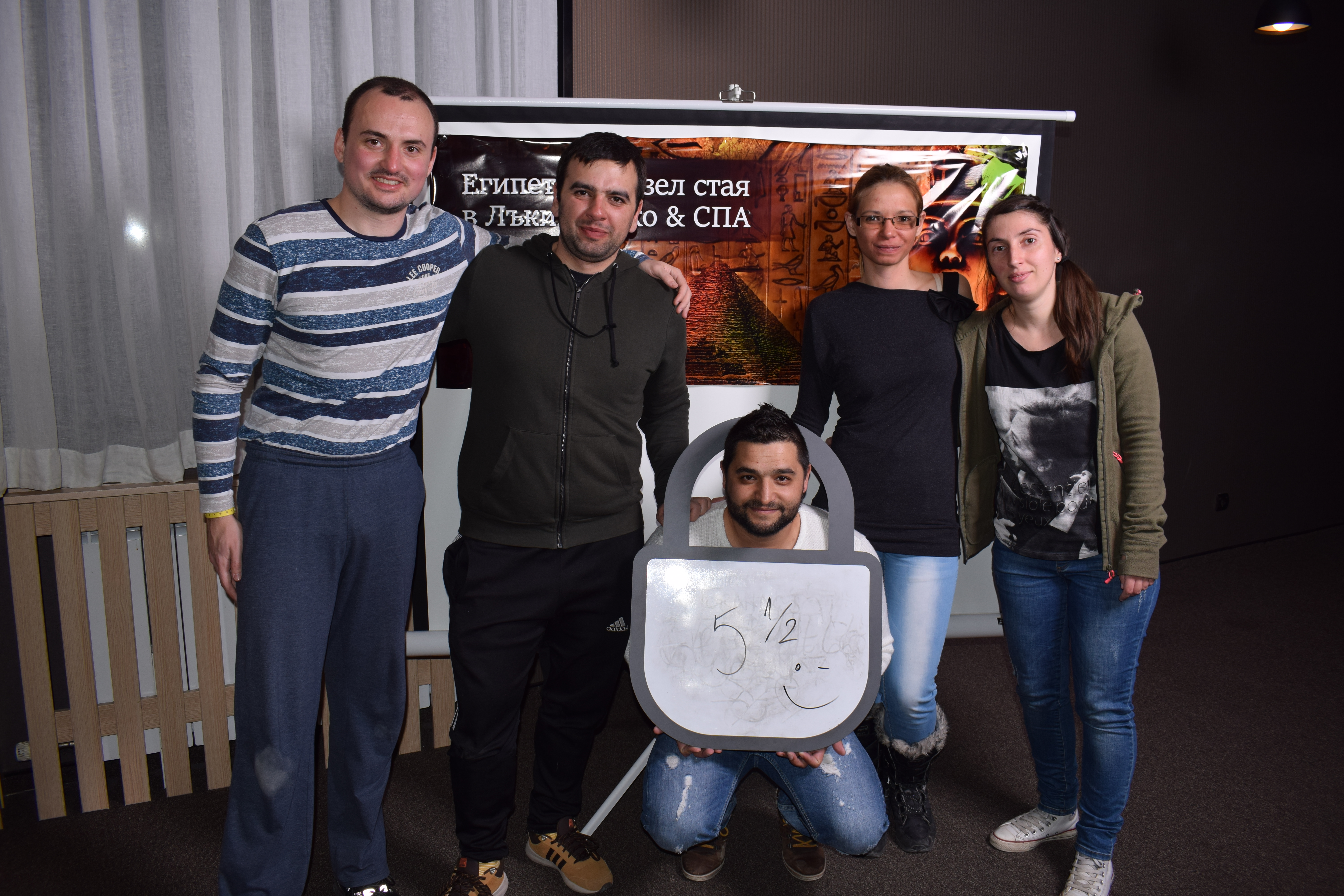 General features of the escape rooms

The specific feature of such rooms is that the participants in a given game can be from 2 to 8 and the duration is up to 60 minutes.

While in the escape room, the participants have to work together and learn to trust their partners if they want to succeed solving the mysteries and overcoming the obstacles which they face.

The games are group ones and the investigation of the space, the search of solutions and the overcoming of everything that the participants have to go through unites them and teaches them to work together as a team in order to accomplish the common goal, that is to pass successfully through all the game stages and to “escape” from the room in 60 minutes.

There is no defined age group but escape rooms are not recommended for children from 8 to 10 years of age to play without an adult guardian. For the little players there are especially equipped escape rooms and games suitable for them.

For all other there are no restrictions. The only requirement is for them to want to have fun, to love challenges and to have an adventurous spirit.

Which age group visits such rooms most often?

The observations of specialists and owners of escape rooms around the world show that young highly-educated adults aged from 25 to 35 years working in a high pressure and stressful environment are most interested in escape games.

Business owners also often engage their teams into such games as it has been proven that escape games are the perfect way to conduct a team building. 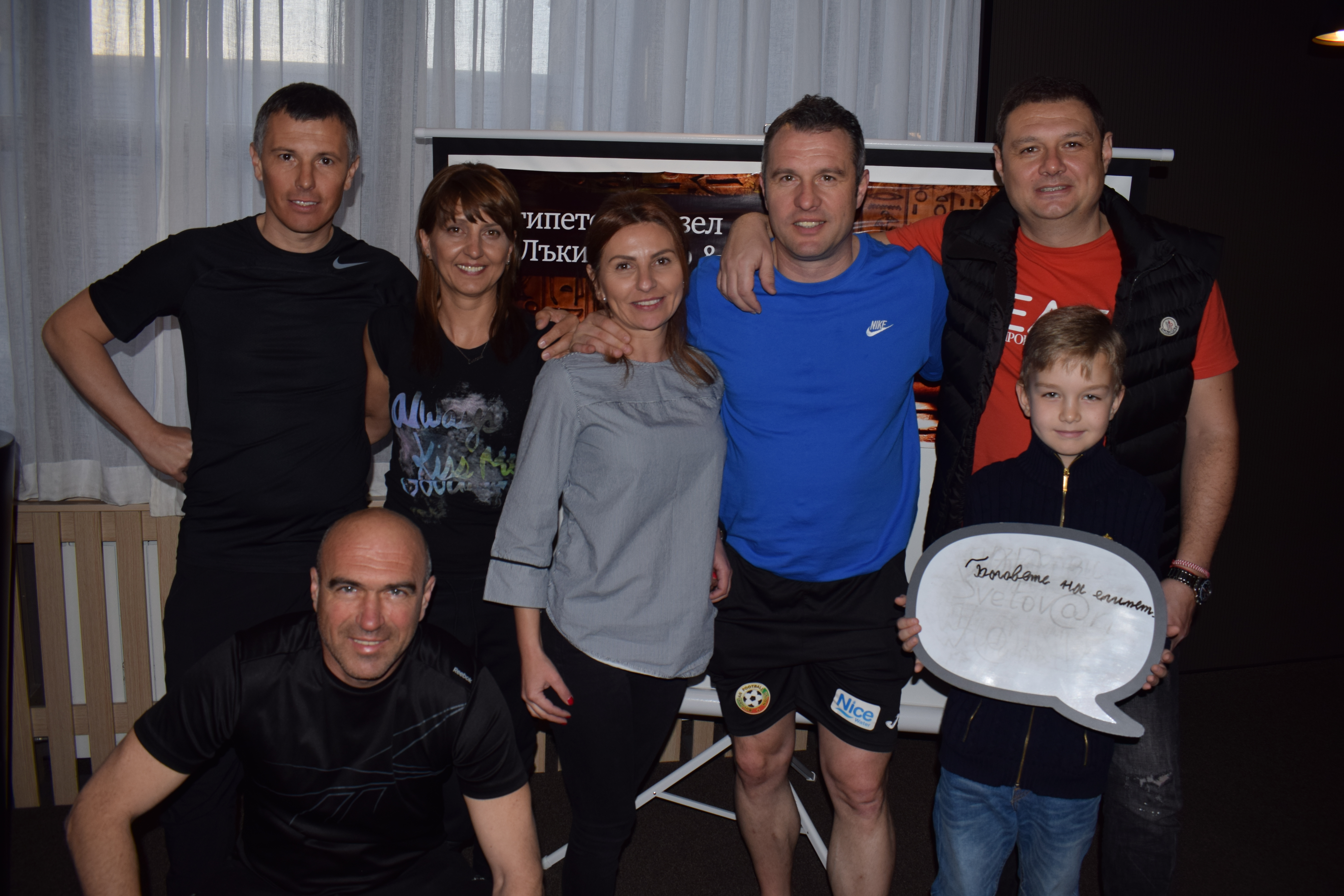 When did the escape room mania emerge?

There are several theories (claims):

According to some escape games experts in 2008 in Takao Kato, Japan was created the first room with real games. The game was called REC (Real Escape Game) and was spread to both Japan and Singapore and in 2011 it became popular in the USA.

In Hungary, in 2011 Attila Gyurkovics creates Parapark, an international franchise for escape rooms. The company founder claims he had no idea that there were such rooms in Asia and that his creation is genuine.

Some attribute the appearance of the first escape room to a group of programmers in Seattle who have created the room so that they can have a place to escape their stressful life at least for a while.

How do the escape rooms function?

1. A team (friends, family, and colleagues) of people who want to have fun gathers.

2. The participants select a room and escape game are selected on a topic interesting for all the team building members and the hour to play the game is agreed.

3. Before starting to “reveal the mystery” the participants receive instructions, during an improvised briefing, and afterwards the team enters the room and the door is locked.

4. The game starts at the moment when the door is closed. The mysteries and obstacles which the participants have to overcome force them to act as a team. The mysteries are not easy and in order to find the exit in 60 minutes it is necessary that everyone does their best to succeed. The games are designed in a way that puts maximum difficulty on the teams, and meanwhile time is ticking... 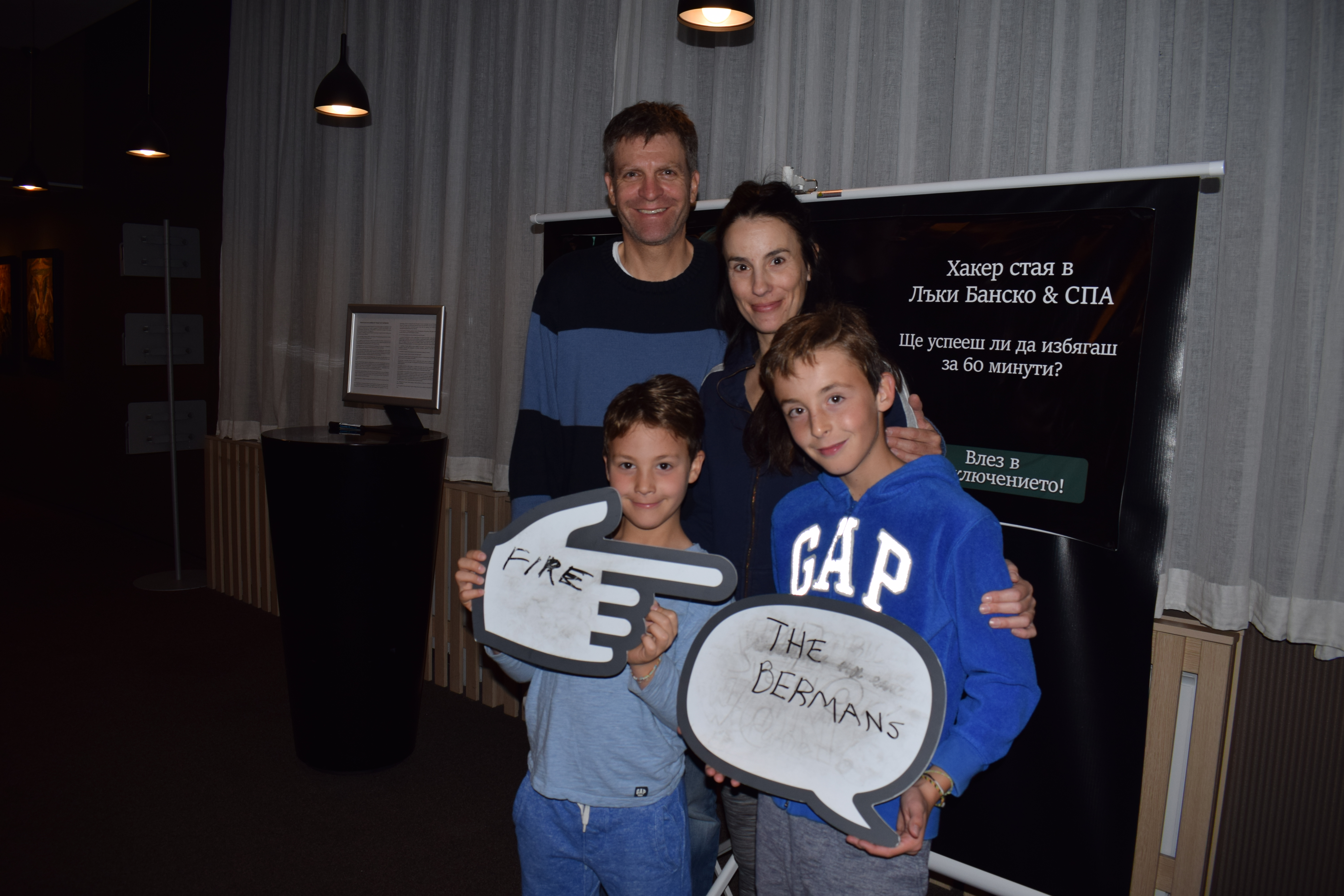 How to play to win?

There are few pieces of advice which can be useful for everyone wishing to try to overcome all obstacles and to exit the room before the hour is over.

1. Team game is what matters the most

In order to succeed the participants have to listen to the other team members because two heads are better than one. The aim is to solve the mysteries as a team and as fast as possible, thus forcing the opinion of one person does not benefit anyone.

2. Sometimes the obvious thing is the correct thing

Once they are in such a place most people do not pay attention to the obvious, logical and easier solution but try to reach the right solution in the most difficult way possible. In order to avoid “tangling” yourself in such a way, take a look around first and think of the most obvious and easiest solution.

Don`t waste previous time in arguments and disputes with your team mates but work together. Mysteries are created by people for people and it is not necessary to think and argue for a long time in order to make a decision. If you are in a stalemate, ask for a joker and you will get one. Thus you will not waste your time and will pass to the next puzzle to solve. 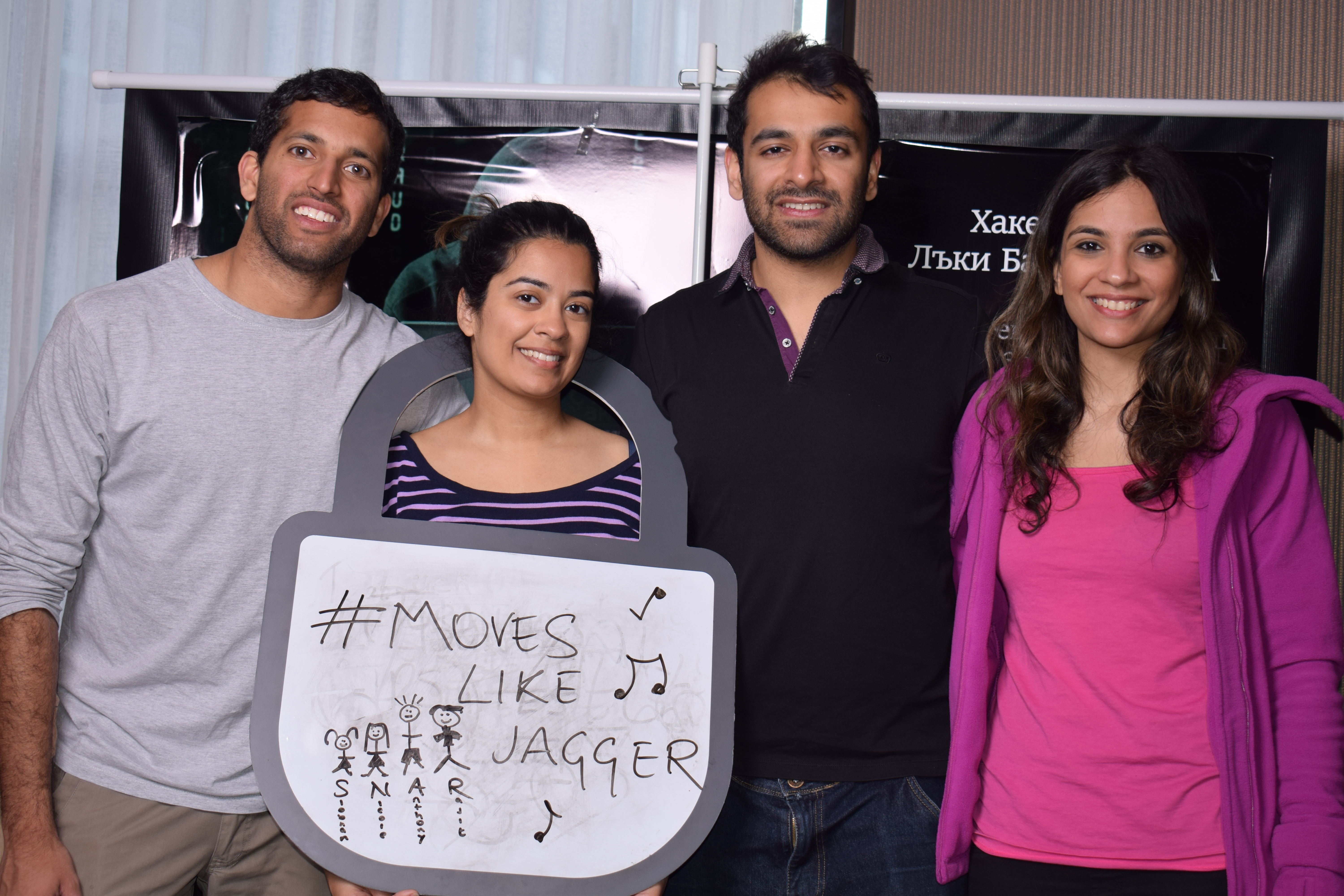 What is the benefit of the escape rooms?

First of all this is a great way to have fun with friends. Instead of staying in front of the computer all weekend and “chat” online, you can have fun together by discovering a treasure, find the killer, rob a bank or live in an island among cannibals.

Escape games are also good for families. They are a way to show the little ones that only when you work together you can succeed.

The biggest plus of the escape games however is for the business which for years benefits of the unique model of the escape rooms using them for team building. The popularity of these rooms for bringing the teams together is so big that during the recent years big international companies began creating their own rooms intended for their employees.

The benefits of the escape games and rooms are indisputable but the most important thing is that they are a way to leave your everyday worries behind at least for a while and for 60 minutes to turn yourself into Indiana Jones, Sherlock Holmes, Robinson Crusoe, an elusive thief or a vampire slayer.

Your options are many and it is only up to you, your colleagues, family or friends to get yourselves involved in this unforgettable adventure called escape rooms.