Interesting facts about escape rooms that you may not have known 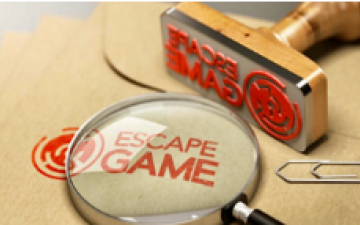 Want to know more about escape rooms ? If so, you are in the right place! Here are some interesting and surprising facts about them!

Room escape games have been popular in the world for a long time. However, there are still people who don't know much about this amazing pastime. A group of people can participate inescape room games, but you can play even if you are alone.

The goal is to solve all puzzles and riddles to unlock the room before your time runs out. All rooms are themed, which means that behind each mystery there is always an interesting story. Escape games really deserve attention because they combine a time-limited adventure with a real test of your knowledge and logic. This is definitely something fun and interesting at the same time for anyone who wants a different kind of fun.

It starts with gathering a team that has a minimum of two and a maximum of six people. Depending on the room, it can be more fun to play with more or fewer people. The main idea is to communicate and seek solutions to each other. If you win, celebrating together is more fun.

In addition,  you don't have to play only with friends  - you can also play with strangers. Both options have their advantages. Playing with friends and family is always enjoyable, as you will have a great time together.

On the other hand, playing with strangers is also fun because you will be given the opportunity not only to find new friends, but also to collaborate with players you have never met before. The skills used in the game can really be useful in life. 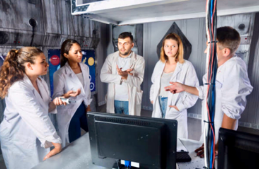 Here are the most common topics:

Escape game designersare especially creative in inventing themes for the atmosphere in the rooms. The details are very important because they often hide the solution of the riddle right in front of your eyes. They offer more and more complex and sometimes incredibly complex tricks. So, you can definitely count on an amazing experience.

You have to work very focused,  try everything possible and never lose motivation. Sounds like a philosophy of life, doesn't it? Therefore, in general, this is not the most suitable atmosphere for children, who usually find it difficult to keep their attention on one thing long enough.

But, anyway, the game is useful for people of all ages, because everyone can benefit from developing their critical thinking.

The earliest video game, adopted this concept, dates back to 1988, was called "Closed Doors" and was created by John Wilson. The game quickly became a hit and soon other game makers came on products on similar topics.

Today, escape rooms require players to use physical clues in the room to complete their mission. They now belong to the genre of "experienced entertainment", in which players must have an "immersive" experience in a physical environment.

Escape rooms are a great source of entertainment in real life, designed for people looking for adventure and detachment from their daily lives. But there is a new category of people who strongly prefer rooms for  strategic, tactical and critical thinking.

Whatever your case, escape rooms are sure to give you a very  different, unforgettable pastime.