Escape rooms for children - which puzzles are best 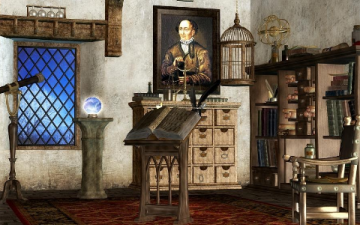 Escape rooms continue to be a  hit among kids.  They are a great way for children to have fun with their peers while gaining knowledge and developing their logical thinking. Parents also like them because of mental challenges. It's no coincidence that some call mystical rooms  "brain gymnastics".

Their beginning is associated with computer games. The principle that applies to  all such rooms , no matter where they are located and how they are organized, is similar. A certain number of participants embark on the adventure, which is necessarily full of logical puzzles, questions, puzzles and a bunch of other challenges that  require quick and resourceful reactions.

In the classic version of the game, after a certain time, the questions asked must have their answers  in order to leave the room in question.

In recent years, the tasks have become more diverse and interesting as their creators try to  be even more original and intriguing.  References to popular books, movies, computer games and favorite characters are increasingly included.

Questions from mathematics, grammar, chemistry, physics and other sciences are used. However,  knowledge alone is not enough  logic, observation, resourcefulness, good orientation are also needed.

Younger children are also active  "breakers"  of such mysteries. The most popular of them are games that are  related to the beloved superheroes.  The riddles about them should definitely be more accessible, understandable and tailored to the age of the kids.

Harry Potter and the Riddle Room

The millions of  Harry Potter  fans are both children and adults. Mysteries with their favorite character are loved all over the world. And one of the most popular rooms is connected to  Hogwarts  - the school of magic and sorcery, described in the series of  Joan Rowling.

Suitable for children  over 8 years.  They have  up to 60 minutes  to solve a specific mystery. The plot is definitely quite funny, and besides, the little ones have to show knowledge in mathematics, geography and it's good  to know the novel.

The story of the young wizard  Harry Potter  is full of many challenges and is definitely an amazing  adventure for his fans. 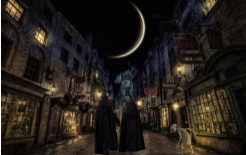 Another favorite of boys and girls is  Jack Sparrow,  whose pirate adventures often fit into children's games. In the role of sailors, the little naughties  look for treasures and go through piles of misfortunes.

One of the most popular escape rooms in  America  is called  “Challenge.”  Its plot is related to  tests on a ship on the high seas.

The goal is to find the real map of  long-buried treasures,  but a group of thieves are transferred on board. The adrenaline story is necessarily associated with strong feelings and requires activation of the max in order for the participants to cope with all the tasks.

In the magical world of fairy tales

Fairy tales are probably the best option for younger children. Experts in this field even recommend that the first "escapes" from the  mystical rooms  be with such games. There are fairy tales that are made up  for primary school children . The rooms with puzzles for them are full of puzzles and easier practical tasks.

One of the common variants is based on the  story of the Golden-haired girl and the three bears . The game also includes the Good Fairy, whose role is to guide the participants and, if necessary, help them  escape from the enchanted kingdom.

Little naughty people face trials, which are more often related to finding matches of colors and sizes of objects, with  elementary mathematical and grammatical questions. 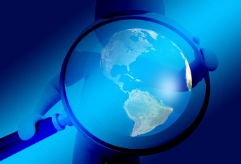 Films are also a favorite  basis for developing logical and associative thinking.  The eponymous fantasy film  "Jumanji"  is a popular story that revolves around a supernatural board game.

Recreating such an adventure in an escape room, participants usually have to find a missing friend. And if they succeed, they will escape both the jungle and break the curse.

Elementary students are  impressed by the mystical Sherlock Holmes.  The novel's protagonist and his television character have always enjoyed the interest of young and old detectives. Like him, they face the need to  unravel another intricate story.

Numerous  clues and logical puzzles  help players get to the right answer. This room is especially suitable for family fun, which will certainly be filled with a lot of emotion and interesting for everyone. Appropriate clothing helps to  fully immerse yourself in the era of the hero  with his typical coat, obligatory pipe and magnifying glass.

A faithful friend in his investigations is  Dr. Watson.  The game also exists online under the name "Adventure Box". The big challenge is that a series of puzzles must be solved within  consecutive days.

The secret of the pharaohs

The escape room "Egypt" transports the curious to the world of the pharaohs. Mysteries lead to the exit, but this is accompanied by the unraveling of many mysteries and secrets of ancient culture.

The experience is also useful for older children because it combines knowledge of the era, history and presented in an accessible and fun way. Such an escape room is  a good option for school classes or groups,  while studying a certain part of history.

Party in the escape room

This is an option that is increasingly gaining popularity as an alternative to a children's party or activities during the holidays. The kids have  great fun  among their friends, and each new challenge and unfamiliar game is enough for a successful party.

The room organizers  always watch the game itself and, if necessary, adjust to help the little naughties. It is possible that children are  embarking on more than one puzzle  or if they are more numerous they can be divided into two groups and compete with each other. 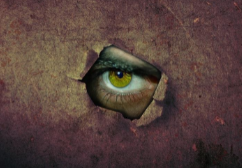 An escape room is a  desirable challenge  if the topic is appropriate for the age and interests of the participants. The bigger they are, the more  the difficulty of the tasks is.

In addition, in most such games there are  additional effects  such as lights, sounds or the atmosphere and furniture of the room, which are inconsistent with the specific mystery.

Thus, children are more and more  successfully immersed in the fictional plot  and immersed in their role to feel like real detectives, explorers, travelers and their favorite superheroes, who  help the good to conquer and save the world.