How to have fun in Bansko 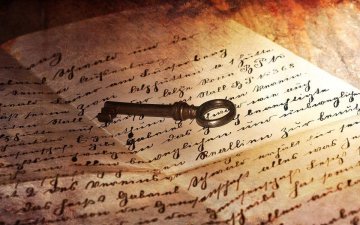 When it comes to Bansko, the image of extensive snow-covered tracks and magnificent mountain peaks emerges in our minds. But Bansko, besides offering countless entertainment options in the winter season, can offer many opportunities for entertainment and tourism at other times of the year, such as natural and cultural landmarks, spa hotels, restaurants, taverns and nightclubs.

You are not a fan of winter sports? You are not interested in natural and cultural sights? No problem at all! Indeed Bansko offers attractions for every taste. If you are a fan of adventurous spirit and are looking for totally new great experiences, in Bansko you can find a unique game of new generation – escape rooms.

What are escape rooms?

Escape rooms are a new live adventure game whose objective is to provide an escape from reality. Escape rooms, also called “real life escape rooms”, are rooms with special realistic art decors inside them and contain various riddles, mysterious objects, puzzles and obstacles arranged in a sequence that point the way to the exit of the room.

The room includes a team of 2 to 6 people who need to find the answer to the puzzles within 60 minutes and leave the room. If they don’t make it in time, it means that the team has lost the game. Solving one enigma or puzzle gives a clue to the next one. The enigmas can be different types: logical, mathematical or linguistic.

Escape rooms have fueled the imagination of all fans of adventures and thrilling experiences around the world, and this type of game definitely won the hearts of the Bulgarian fans of adventure games.

Where does the idea for their creation come from?

The first escape game was created by the Japanese company  SCARP in 2007. Its owner, Takao Kato, had the idea to put players in a thematic room full of different enigmas and puzzles which they had to solve for approximately 1 hour. Thus, escape games became popular first in Asia before conquering Europe.

Budapest is the first European city where a similar game appeared. People who create escape rooms are inspired for their creation by a variety of movie genres such as adventure, crime, action, horror, mystery, and real-life stories.

Hit movies like the Indiana Jones series and the Mysteries of Agatha Christie have made a significant contribution to creating quite a few escape rooms. There are escape rooms where different historical periods, epochs or places are recreated.

Players in such type of a game can impersonate characters who have played an important role in the movie on which the game was based on or in a given historical event.

The creators of escape games get inspired also by computer games.  The first escape rooms were created after popular computer escape games such as prison escape games or so-called quest games. And there are also those who have drawn their inspiration from their previous participation in an escape room and have created their own unique escape story.

It is highly unlikely, however, to get bored in this type of room because the escape game creators are constantly trying to invent creative ideas for ever more and more original surprising room decorations and add ever-unseen adventures and surprises for the players. And with the addition of more and newer technologies to the games, the atmosphere of the escape games becomes more and more realistic and exciting.

Escape rooms offer entertainment of entirely new dimension. In the recent years they have become quite popular worldwide and more recently became a hit among young people and adults in Bulgaria.

The Escape Room is a live game whose purpose is to provide us with an “escape from reality” and to provoke our mind, reactions, intuition and speed.

Who are the escape rooms suitable for?

Escape games are for anyone who wishes to live exciting experiences and to have fun with family and friends. Escape Rooms offer us a great opportunity to test our mind, insight, observation, intuition, an outside-the-box way of thinking while having fun in the company of our family, friends or acquaintances.

Escape games can be played by families, friends, acquaintances and colleagues as there is a huge variety of escape games whose puzzles are of varying difficulty levels.

Escape games are completely safe and small children can also take part in them, with special escape rooms offering easier puzzles with a level of difficulty suitable for children over 6 years of age.

What do we need in order to win in an escape game?

For a successful solving of the secrets of the game, personal qualities such as attention to detail, good concentration, logical thinking, ability for creative thinking, and teamwork skills are required. However, the participation in such a game does not require the possession of any special skills or preliminary physical training in order to win the game.

It is also not required to wear any special items or protective equipment by the players inside the room. All we need for an escape game is desire to win, team spirit as well as good mood. Those players who are not able to successfully escape the room after their first participation have the right to try their luck and skills once again.

Can we give up during the game?

Although according to the rules of the game the team is “locked” in the room, each player has the full right to leave the game at any time when they decide they cannot make it, are not interested or for any other reason. Then the rest of the team has the right to decide whether to stay in and continue the game or to give up and leave.

The game administrators constantly observe the team of players with the help of video cameras. If a team finds it difficult to solve a puzzle, the people behind the game can get involved by suggesting a few answers.

Escape rooms are definitely a good way to increase adrenaline and experience new emotions as well as to relieve tension and their increased glory in Bulgaria is indeed well-deserved.

They bring us into unpredictable and unfamiliar situations requiring quick reactions and prompting us to apply our intellectual abilities and personal skills that we usually do not use in our everyday lives.

During an escape game, we are prompted to show our ability to make quick decisions while being pressed by time. The game also requires a strong team spirit and good teamwork because each player has to contribute to the team's general good by applying some of his or her best abilities. For this reason, this type of game is preferred by the owners of international companies who want with the help of the game to bring together their business teams and improve their teamwork.

One reason why escape games are becoming so popular is that they involve both adrenaline-filled adventures and mind-challenging riddles and mysteries. The interest in them is also due to the fact that they really get us out of the routine of our daily lives and help us a bit to "forget about" our responsibilities.

Actually this used to be their initial purpose. The main idea behind the creation of escape rooms is to make a person forget about his or her everyday life for a moment and experience a totally unknown and memorable adventure. And with them, in fact, the original concept was achieved - a person to experience an exciting gaming thrill, just like in a computer game, but carried over in real life in a live experience.