Lets try the new attractions in Bansko, take the kids too! 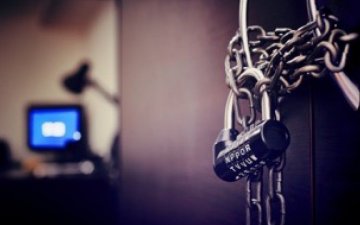 Lucky Bansko Aparthotel and Spa in Bansko is an internationally recognized luxury hotel which offers relax with comfort and various types of entertainment. Latest attractions there include two escape rooms - "Egypt" and "Hacker". They have opened doors on January 12th and reservations have sky-rocketed immediately!

Escape rooms, also known as puzzle rooms, have been very popular around the world for several years already, and in our country for two or three. They can somewhat be seen as an outlet of the online life which many people have began to feel frustration from - online contacts, online friendships, online shopping, knowledge, without real contact whatsoever...

Each puzzle room with secrets offers a real team game, as you choose your team, a fully realistic atmosphere and strong emotions. It's very interesting that people play with passion and are often surprised they have stayed inside for about an hour.

Stories are different but always adventurous. They can be set in our time frame or in a completely different era where you take part in an expedition. Modern technologies allow everything to be very realistic and the adventure could be experienced as if it was real.

Everything is a matter of logic, observation and combinations. You will be locked in a room and your team will have 60 minutes to solve the mysteries and find a way out of the parallel world.

Some people are afraid that they could be locked inside. In fact, there is nothing to scare you off - these are entertainment rooms games. The technical team is always monitoring your actions on camera and can intervene at any time needed. If a player or a team decides to end the game then the room will be opened and you will exit freely.

Which rarely happens - for example if someone suffers from claustrophobia but decided to jump in despite warnings from the organizers.

Although a person cannot be sure when exactly his claustrophobia would kick in - as we said, it is a very rewarding feeling, the teams play with passion, dedication, fully focused on the adventure.

The team consist of two to six people. The teamwork is of great importance. In addition to the “brain work”, all of the participants should keep their eyes open at all times - there can be different surprises and puzzles that need a quick solution; to orient in time, space, etc.

One person could hardly have done it alone, and moreover, the idea to share the game and the emotions.

You have probably already guessed why we cannot give you details of the plots in "Egypt" and "Hacker" prior to entering them. Because the surprises and mysteries would be pointless then.

However, we can still tell you some of the common things. Like the room "Egypt" being unique for Bulgaria - it is the first in the country which is suitable for small children - aged 6 years. Of course, accompanied by adults. This makes it very good choice for a family game.

Unleash your imagination, remember the books you have read as a kid and the movies you have watched - any artistic, scientific and popular knowledge, and prepare to visit the Ancient Egypt, so full of mysteries and secrets. Will you overcome the obstacles on your way? ...

The room "Hacker" is for adults and at least 8-year-olds. There will you have to deal with Mr. Hacker in his own “lair” - to find out his master plan to rule the world and use it against him - https://escapebansko.bg/en/rooms.html

As mentioned, the reservations are sky high so you should hurry up by selecting a day and hour on the website of the escape rooms at Lucky Bansko. The feeling is awesome, it's totally worth it!